Music Streaming Services: 5 Tips on How to Build an App Like Spotify

Music streaming services have already become a real craze of modern music lovers and are going to strengthen their position on market. Global life acceleration made people too busy to seek and find suitable music for playlists on different resources triggering audio streaming apps to appear.

Spotify is considered the best music streaming service on modern mobile market with almost 300 million active users worldwide. This immense surge in popularity was caused by attractive and almost effortless user experience, as Spotify (or Spotify-like services) does all the search work itself offering customers readymade playlist solutions.

In this post, OpenGeeksLab will dwell on music streaming app development, discus essential niche KPIs and give useful tips on how to create own app like Spotify.

What Is Spotify App?

Spotify company was stated in 2008 by Swedish developers and raised $21.6 million in investments at the startup stage. Such immense funding proved to be successful, as in 2010 the app has already built music database almost equaling to the one of iTunes, and by the end of 2012 Spotify engaged over 20 million users with 5 million of them being paid subscribers. By the end of 2019, the number of users amounted to more than 65.4 million in the U.S. only, while app’s revenue reached over 6.76 billion euros.

The key concept that attracted customers presupposes that you have no need to store all the music on your mobile phone, as well as there is no single music streaming server that users address to. Spotify stores music files on subscribers’ gadgets, making everyone part of global inner sharing network.

YOU MAY ALSO LIKE:
Live Streaming Apps: Your A-Z Guide

Music streaming platforms have already attracted about 640,8 million customers in 2020 and these numbers are about to grow till 823,7 million in 2024 with user penetration rate growth 2,1%. With the expansion of user base, industry revenue will increase as well. According to analytical research, current $16,632 million in 2020 will demonstrate compound annual growth rate (CAGR) of 5,8%, which will result in expected music app market revenue of $20,829 million by 2024.

Being aware of most essential KPIs, one increases own app’s competitive chances on streaming app market.

Unique idea plays a big part if you aim to develop music streaming app. Music app market is saturated with varied solutions – let alone big companies like Spotify or Amazon Music – so to make your app competitive, think over its compelling value. Discover peculiar features that will make your streaming Spotify-like app unique and memorable.

Properly designed business strategy makes a great deal for your app’s future success. Entering the market (especially when you must compete with such giants as Spotify) is extremely challenging, as good idea is not enough. To hit the niche, one must develop elaborated marketing model ensuring quick and efficient user engagement.

Another effective tool (used by Spotify as well) is engaging famous industry representatives and influencers to share their exclusive user experience before official streaming app launch.

You Name the Idea, We Bring It to Life!

Licensing appears among top issues to care of while music app development. To create a music app like Spotify, business owner should not only design a unique competitive idea, but also ensure its legal status. Dealing with audio streaming, one must remember about each track having own rightsholders and being subjected to copyright laws.

Musical Composition License Agreement regulates relationships between app runner and composition (lyrics and melody) rightsholder represented either by songwriter or by publishing agency. License compliance is managed by ASCAP and BMI for American performers and by SESAC for European ones.

Being subjected to one/both of these licenses, the streaming app must redirect part of its revenue to music rightsholders. Even market giants like Spotify cannot avoid paying royalties and claim 70% of their income being charged for sound recording and music public performance.

To build an app like Spotify, business runner should decide on key app features to implement into own application project. Most common app feature set includes:

Profile authorization may be designed in traditional way (via username and password confirmed by email or mobile phone number) or through already existing accounts in social media like Facebook, Instagram, Twitter. In either case, music app developers should guarantee user’s personal data safety, so he/she can feel comfortable using streaming app services.

Music app search system should provide users with different search opportunities, such as search by song title, performer name, or even lyrics part, combined with advanced filters according to most popular criteria including genre, release year, performer name, etc.

Creating playlists is a basic feature in any similar app like Spotify. Develop all necessary tools that allow building new or edit already existing lists within the application. Automatized options like grouping tracks according to purpose, genre, or activity are also welcomed.

YOU MAY ALSO LIKE: Smart TV Application Development: How Big Screen Can Help You Boost Business

As a rule, library stands for customized storage. In terms of designing music app, one should give user tools managing favorite songs, followed channels, playlists. Additionally, developers may add uploading feature, allowing customers add their favorite compositions to library if they are absent in app’s database.

Social media integration allows customers to share their positive user experience on services like Facebook, Twitter, Instagram. This feature helps users stay in tune with friends and enjoy good music together. Besides, sharing their favorite tracks, users create another influential app promotion tool, as people learn about streaming apps like Spotify from social networks and engage relying on positive reviews.

Offline music availability can become a nice bonus feature to your app functionality engaging even more users. Customers living in remote areas or traveling a lot will definitely fall in love with an application feature that allows listening to favorite tracks without an Internet connection.

Paid subscriptions make the main source of Spotify’s revenue with share of 90%. In Q1 2020, Spotify subscriptions have already resulted in about 1.4 billion euros income and the numbers are projected to increase because of growing demand.

Looking for vetted app developers who can build a software product that makes a difference?

Check Out Our Case Studies

Although paid subscriptions made most of Spotify’s income, advertisements have already made 148 million euros of revenue in Q1 2020. Spotify reached success in monetization of ad-supported services, as it supports diverse ad formats including audio, video and display advertisements. To create profit out of ads, Spotify charges advertisers cost per mile or cost-per-click fees.

Audio advertisements create breaks between songs user listens to. Spotify has certain limit for tracks played without interruption, though it may be temporally made longer.

Spotify created several types of video ads. For example, there are usual video advertisements that serve exactly like audio ones appearing after prescribed limit ends, or Sponsored Session ads that can make ad-free listening period longer up to 30 minutes.

How Much Will Spotify-Like Music App Development Cost?

As a rule, development cost varies depending on several factors including app complexity (MVP, full-scope functionality), development company location, developers’ hourly rates and project’s development progress (either you need someone to finish the development process or to create an app from scratch).

Going for Spotify-like music streaming app development, one must decide on core features to develop in own solution, as their number and complexity greatly influence final price. To create full-scope functionality with high customization level requires a lot of work to be done, while Minimum Viable Product (MVP) makes a cost-effective development alternative for those who just get started on streaming. Depending on the number of features and platforms (Android, iOS, both) involved, the estimated development time for music app like Spotify varies from 350 to 850 working hours.

Thus, the total Spotify-like music app development cost will range from $40.000 to $200.000 as of the highest possible price at average development rate. The choice is yours – build your optimal business model and hire proper developers to create efficient streaming solution like Spotify.

Music streaming services experience peak of popularity now, attracting more and more startups to try their luck in the industry. Spotify has definitely required a strong leading position among top music streaming apps, though it does not mean you cannot do the same.

Tough competition should not become stop sign for your unique ideas but provoke more inspiration and creativity. The only thing you need is to find a proper development team, while we are always ready to help. Do not hesitate to drop us a line and create your audio streaming app today! 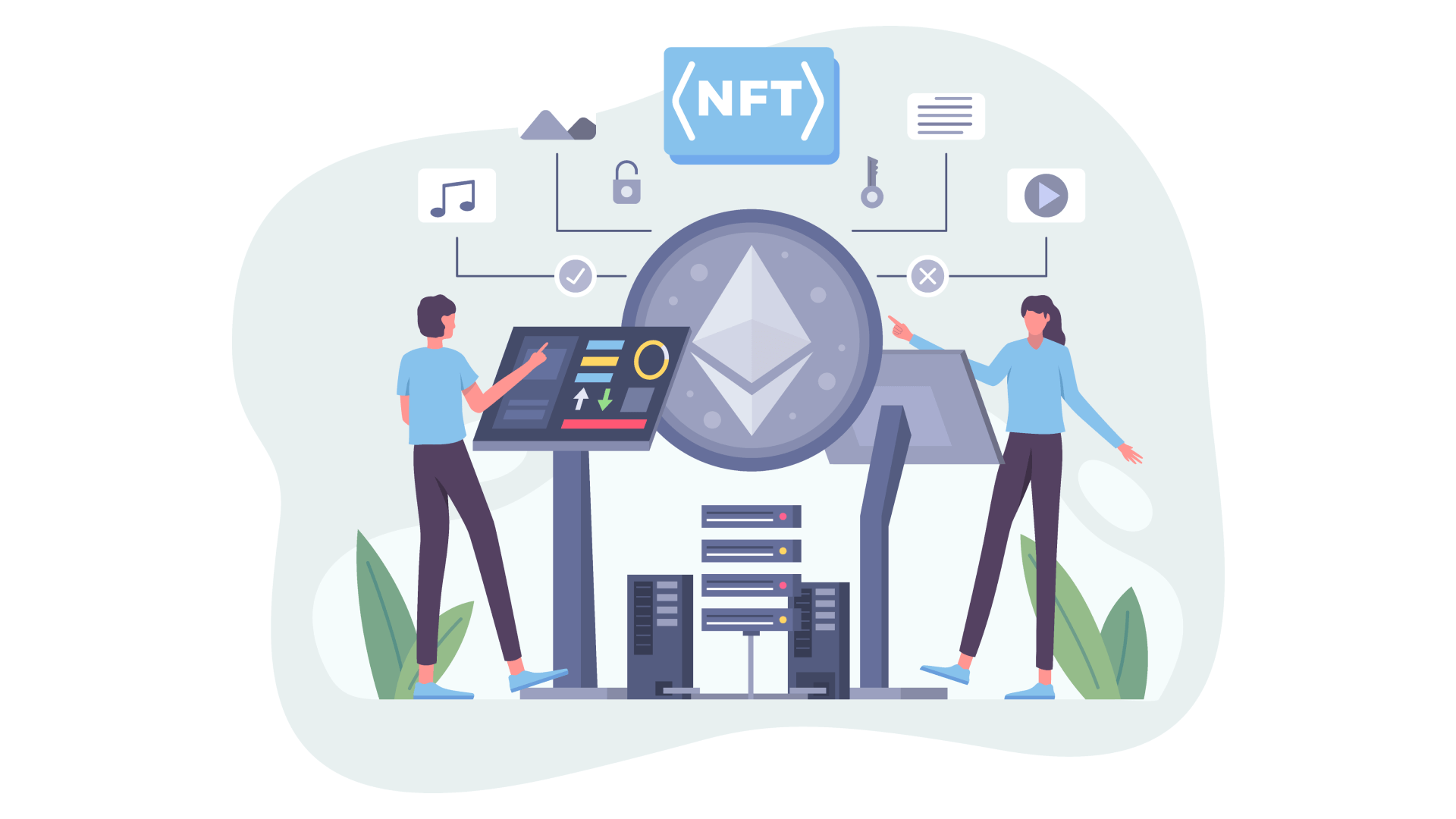 If you seek an industry that functions as... 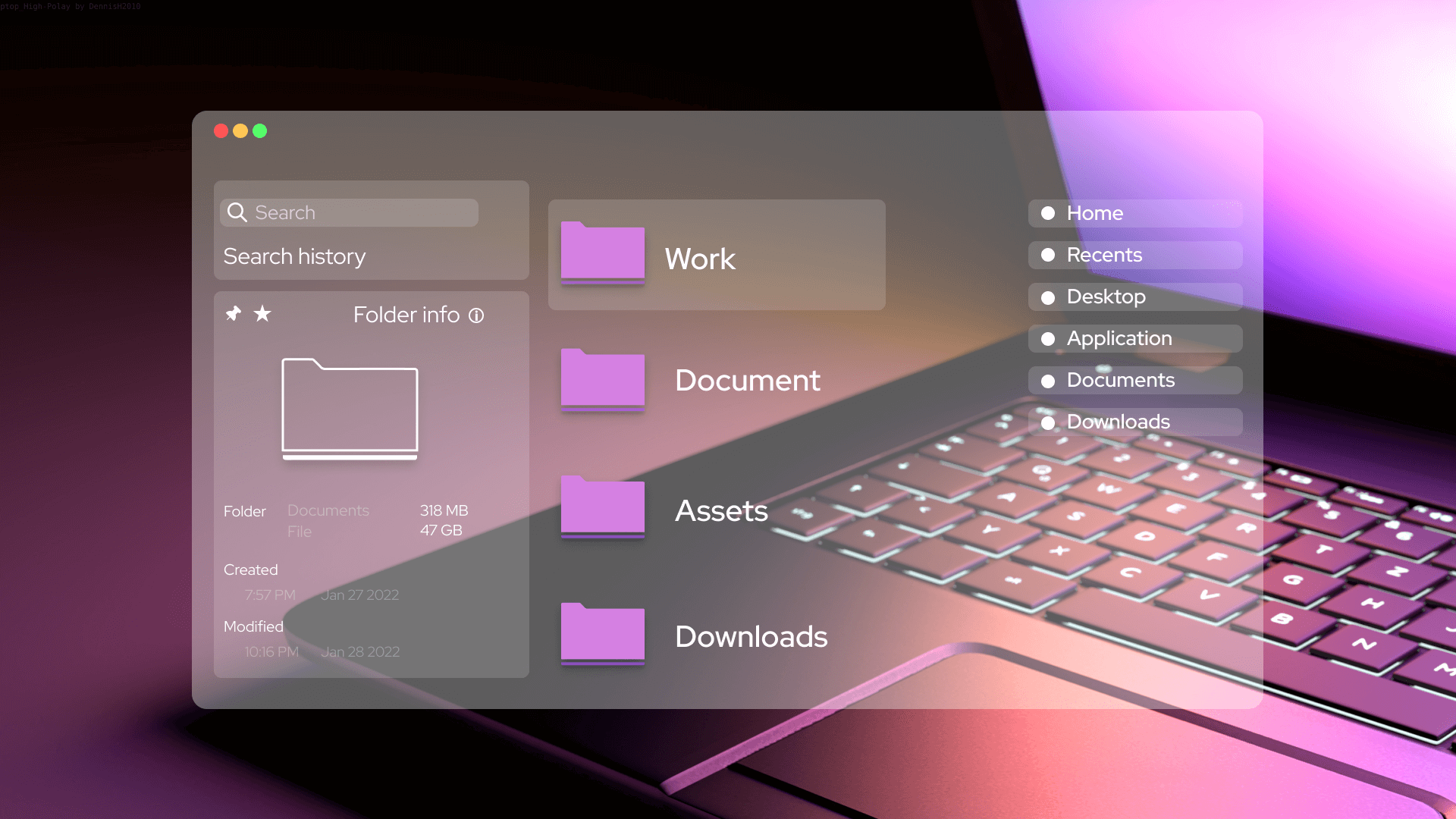 Most businesses today deal with high-stakes data that... 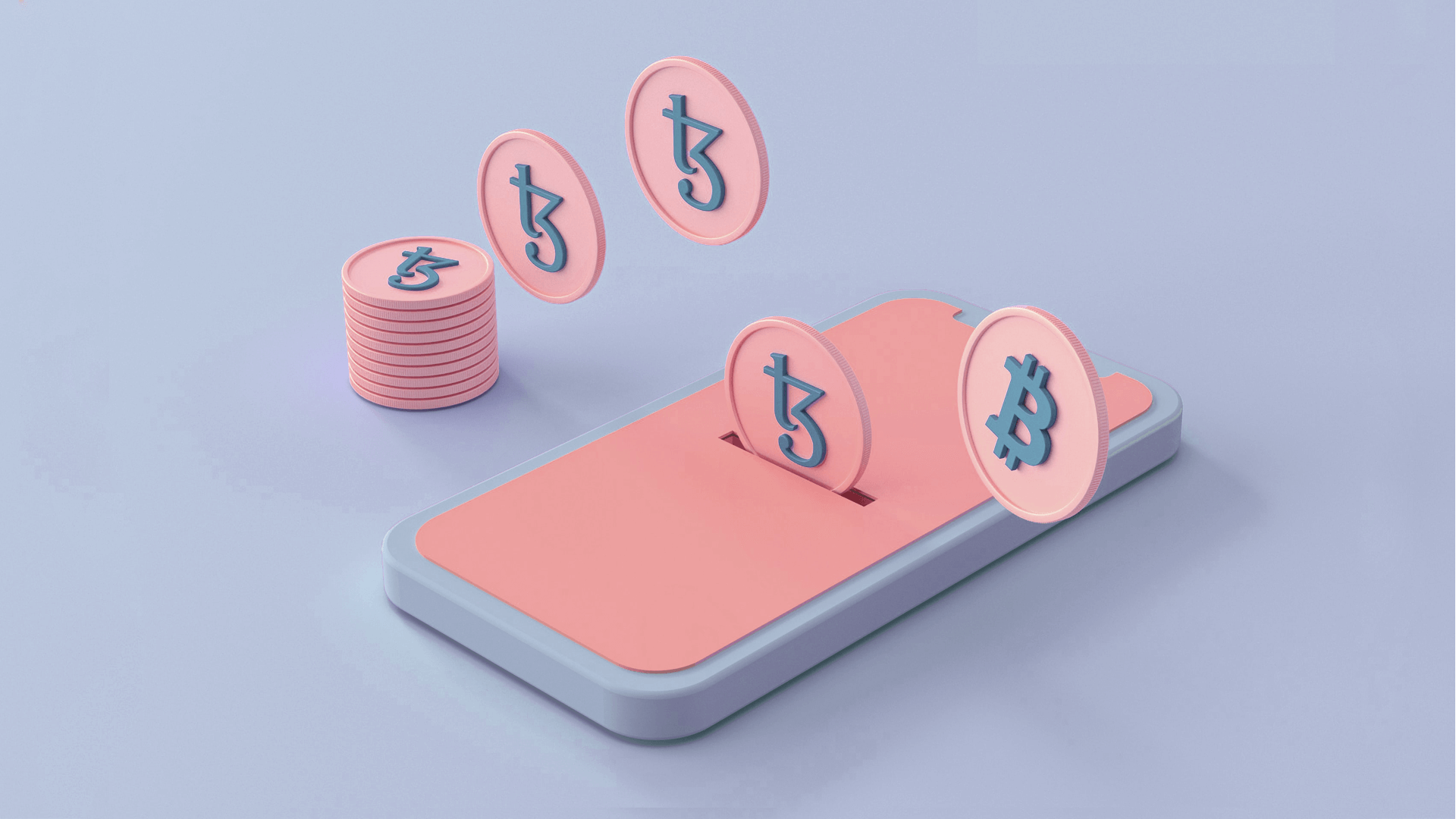 Role of Blockchain Technology in Crowdfunding

Innovations are changing everything around us, and blockchain... 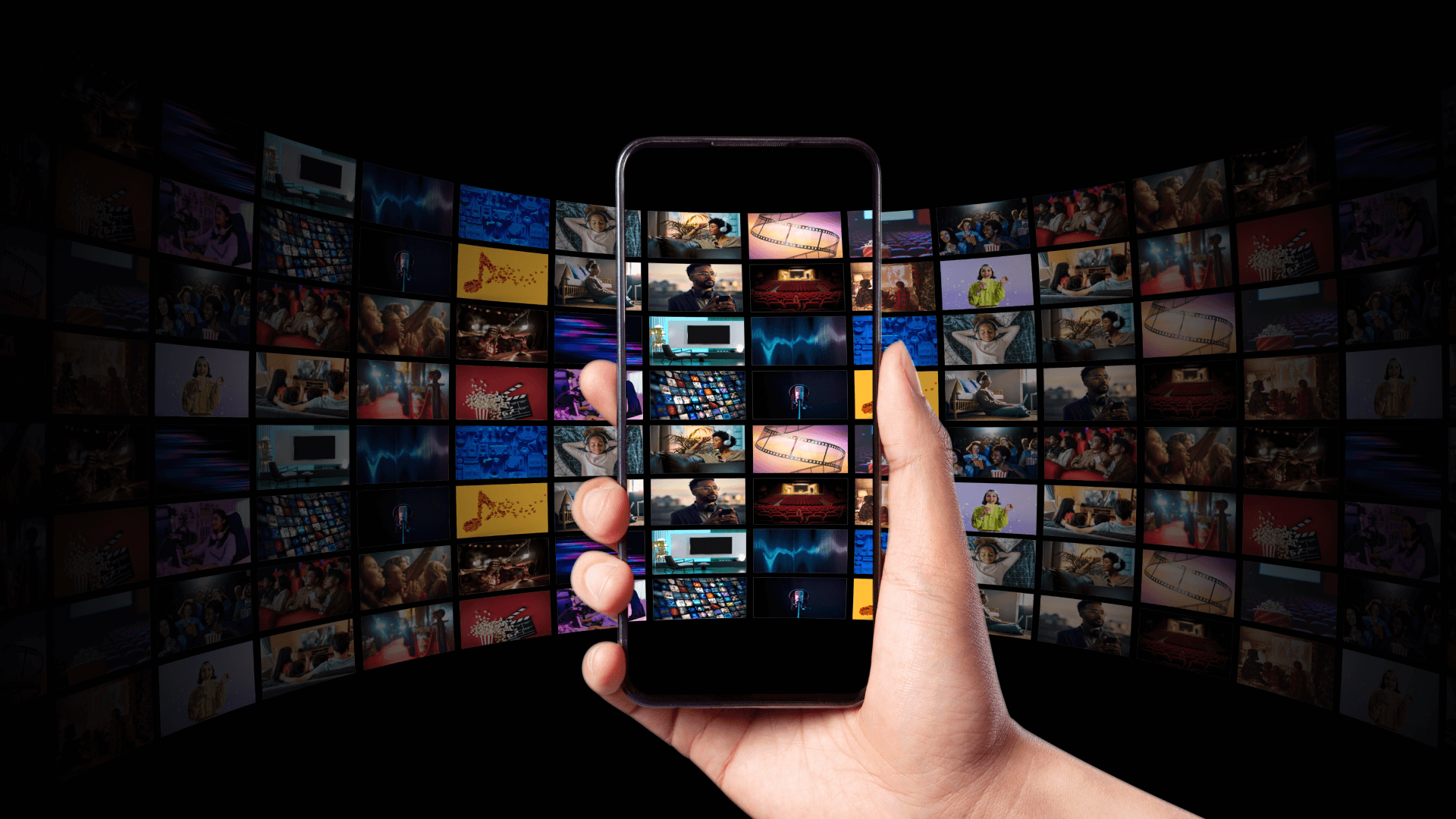 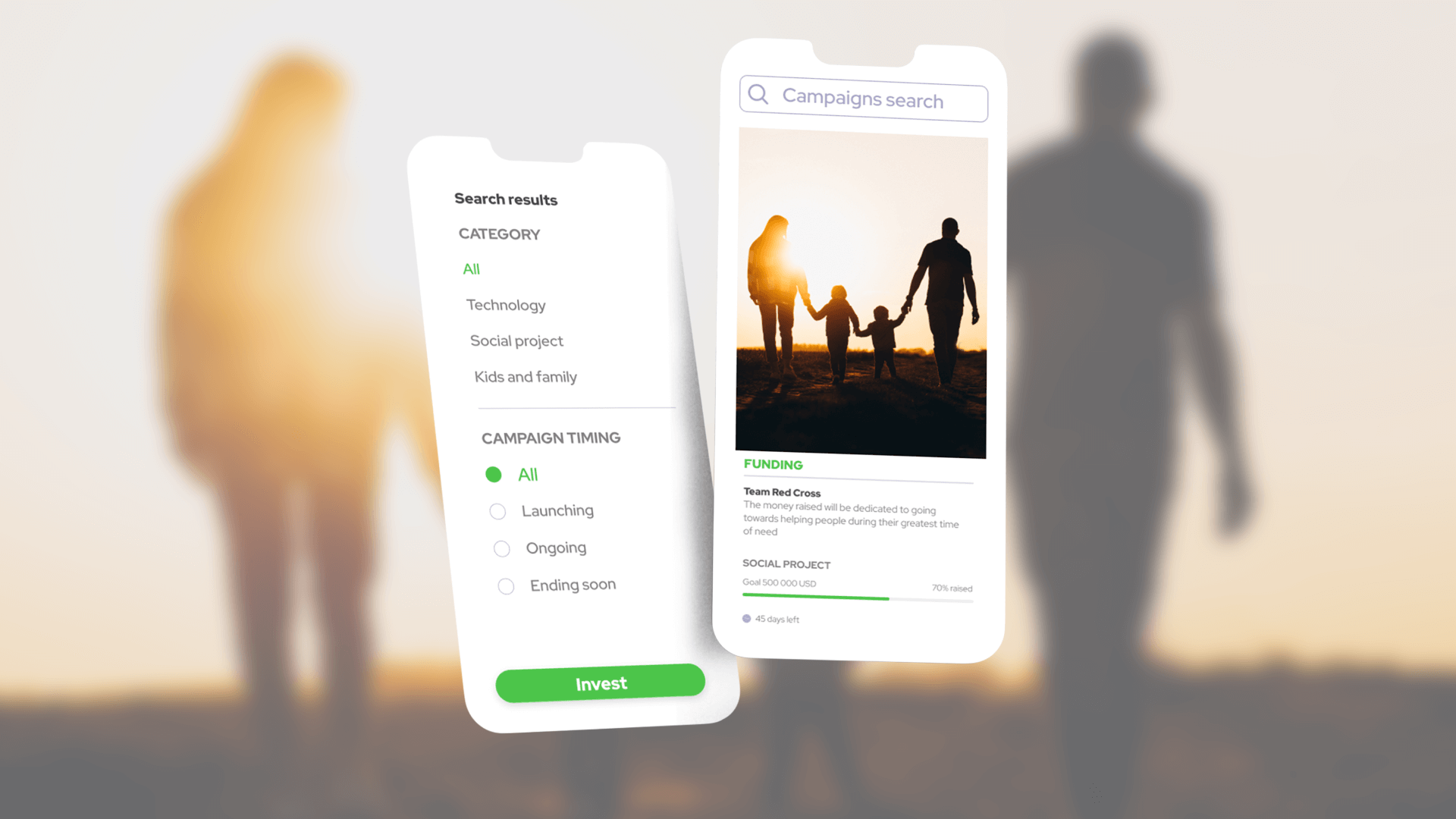 How To Create a Crowdfunding Platform [The Ultimate Cheat Sheet]

What do early-stage startups and independent artists have... 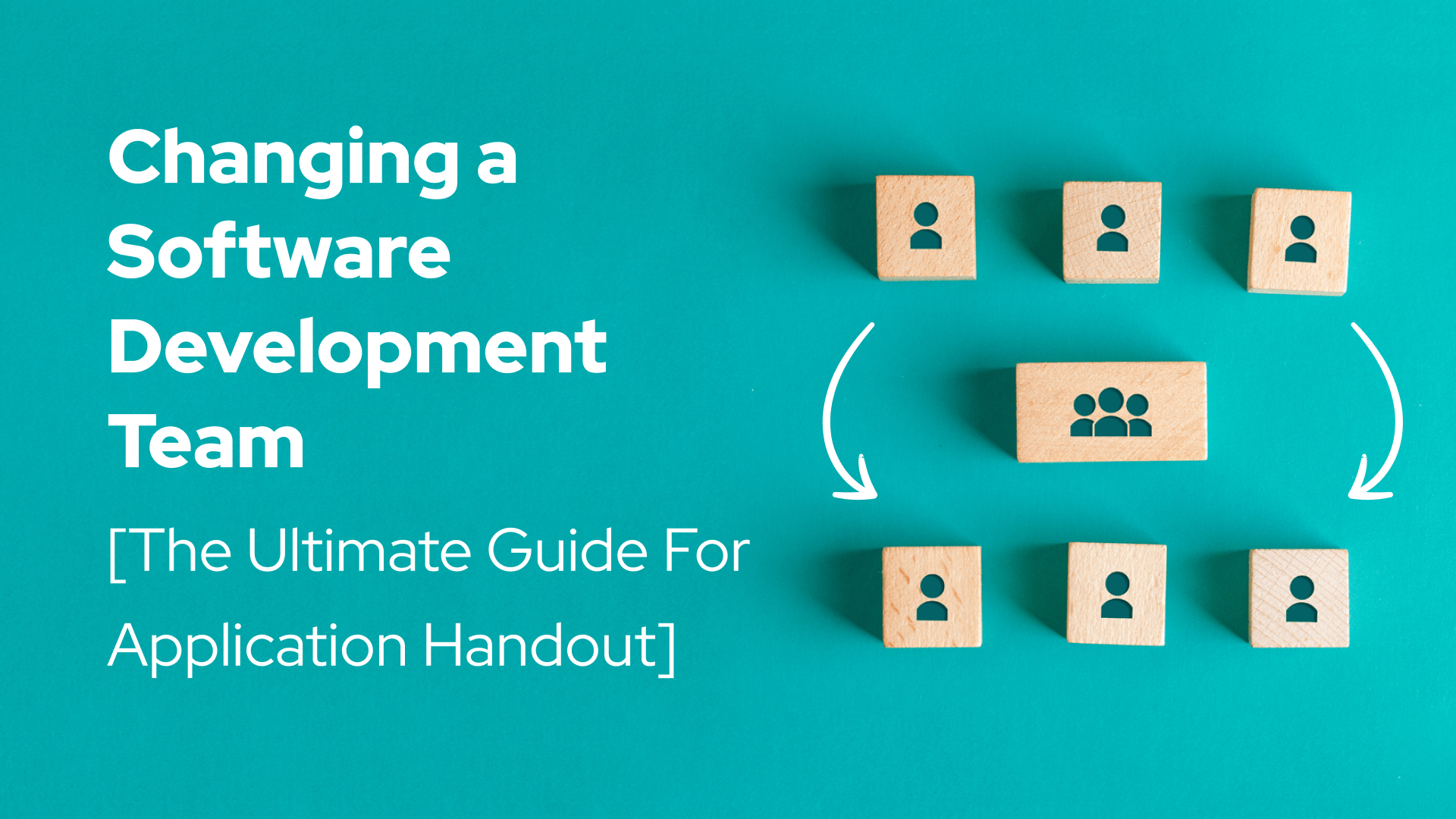 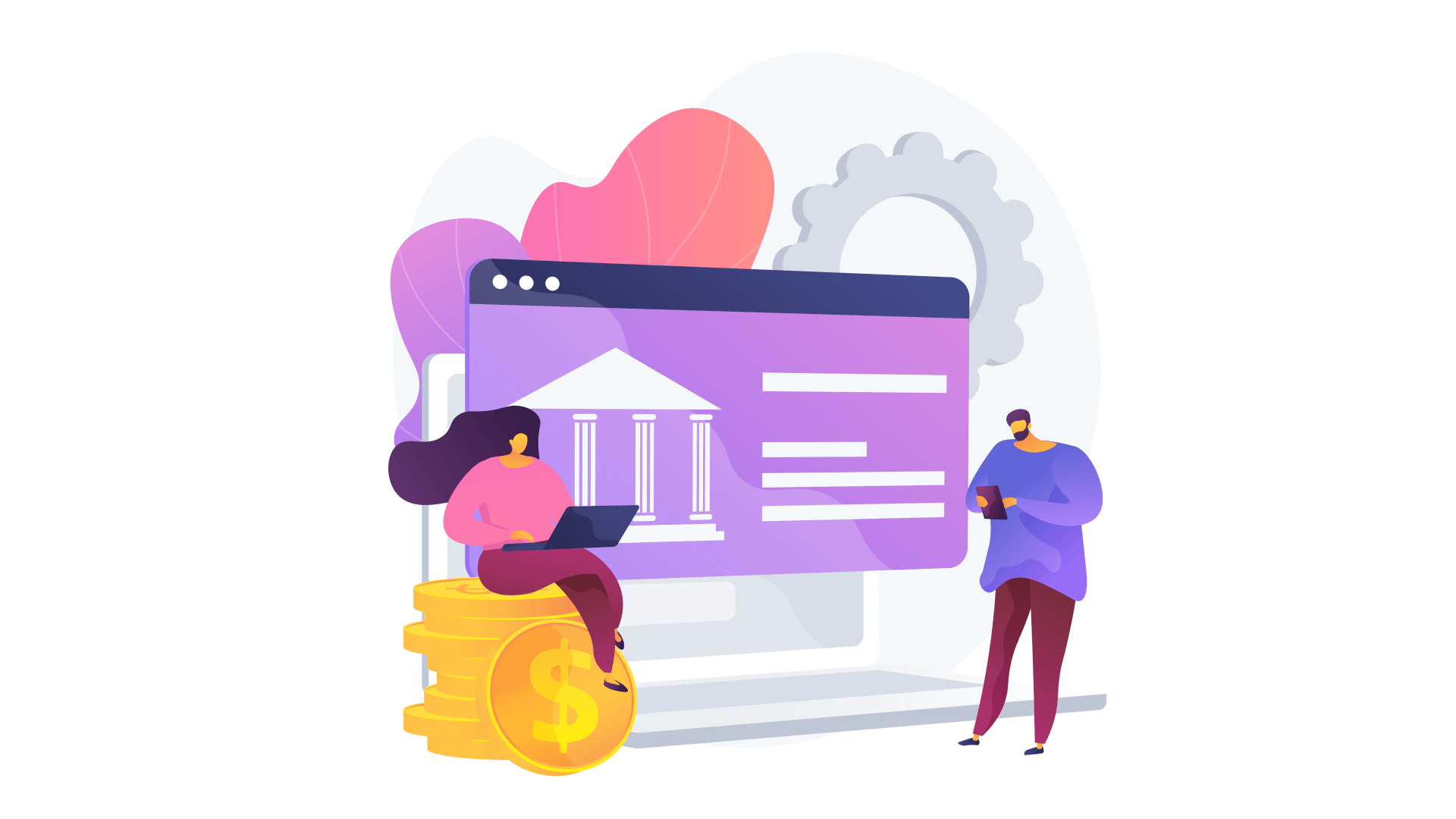 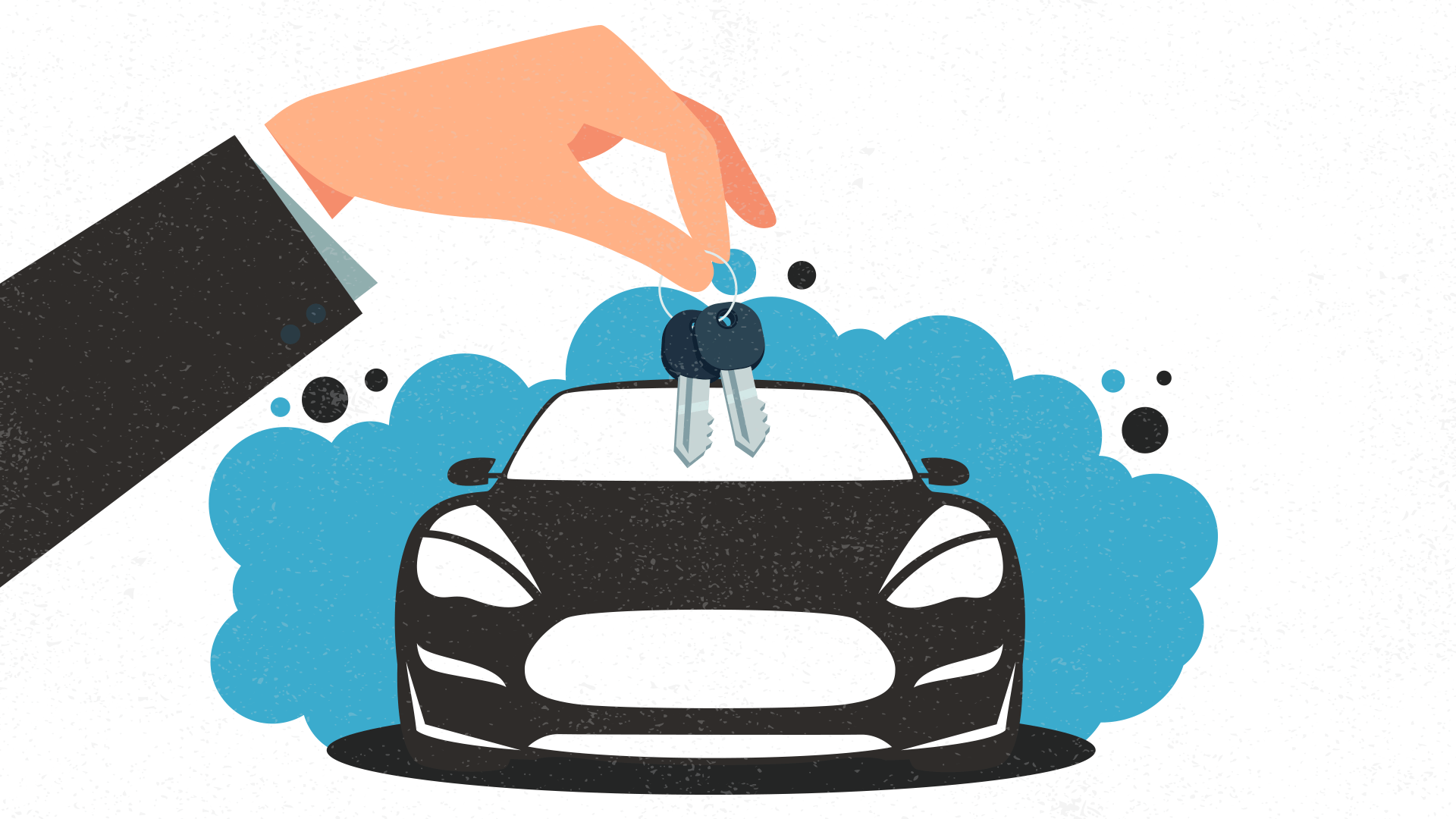 Urban citizens opt for fulfilling all the essential... 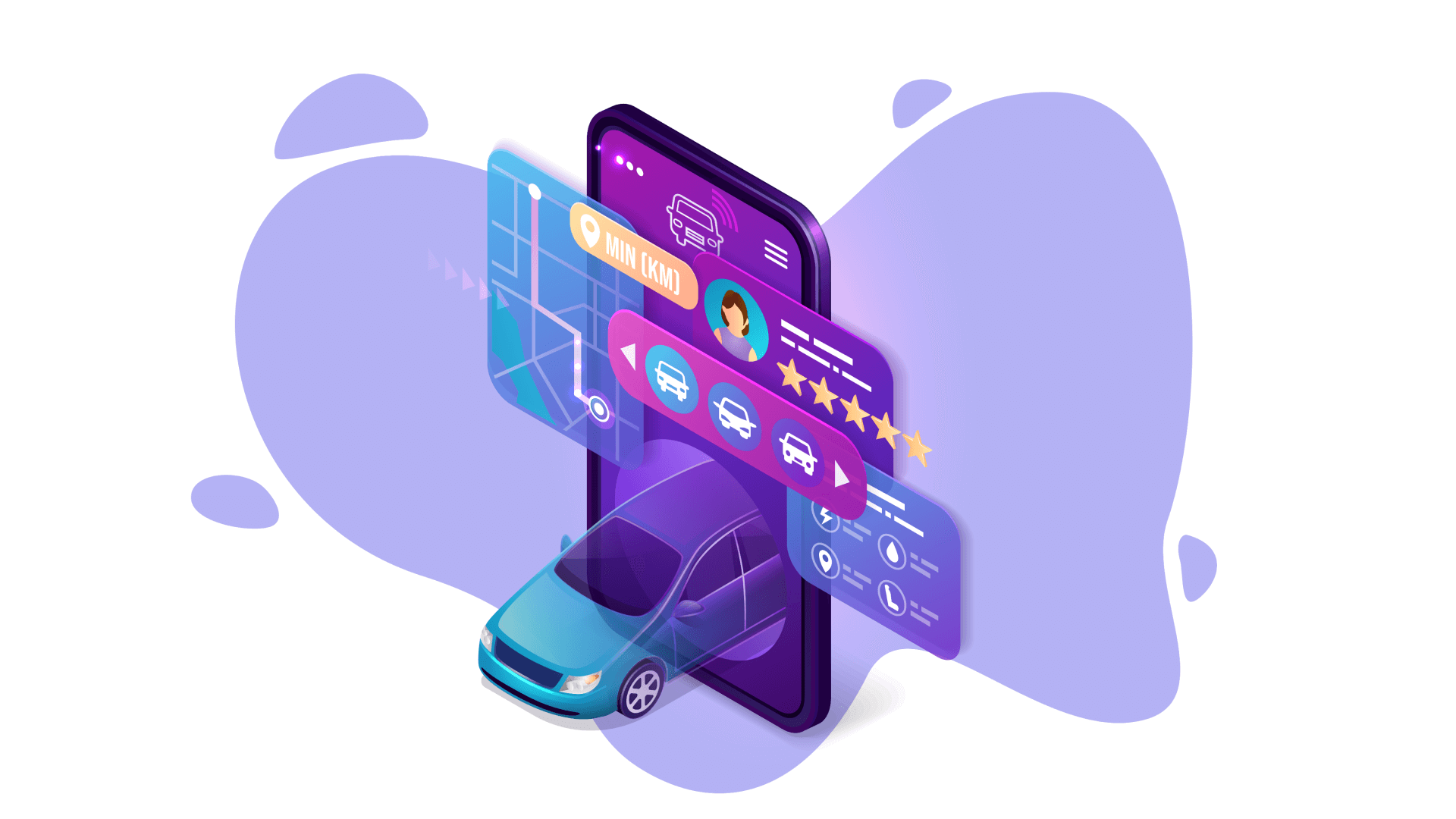 Parking App Development: From A To Z Guide

A parking app development addresses one of the... 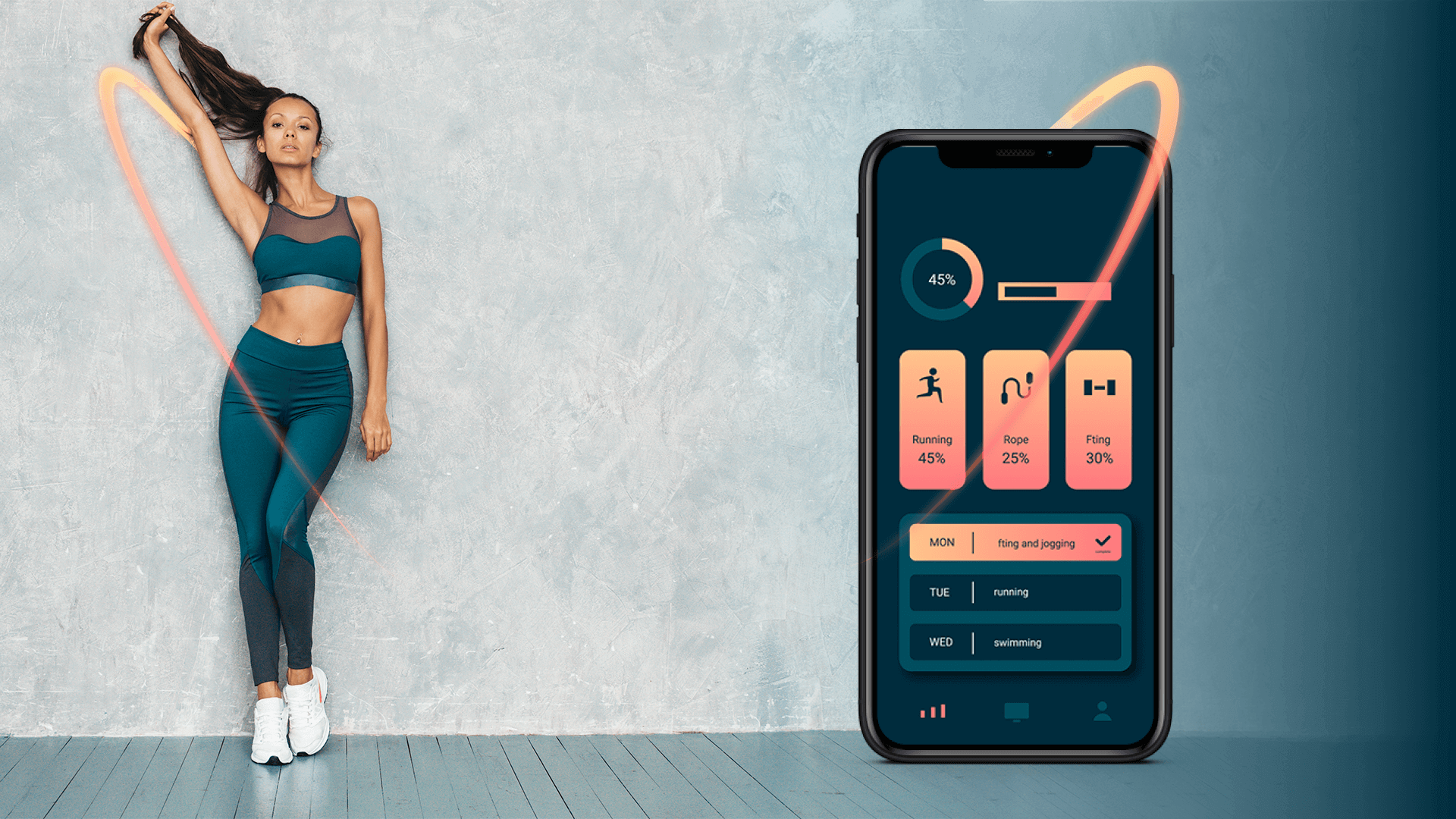 It is an excellent idea to create a...

Tell us about your project. We know how to incorporate the tech solutions that best suit your case. Just drop us a line to get yours!

Product pitch or product spec is not enough. You must prove that the value you bring is worth funding. And that’s how.

Thanks for contacting us.

We’re thrilled to hear from you, and will get back to you ASAP. Have an awesome day!

In the meantime, we want to invite you to follow us on LinkedIn.